Everybody always thinks they are right

Everybody always thinks they are right

We displayed the maxim "Everybody always thinks they are right" in the Scottish cities of Glasgow, Aberdeen, Edinburgh, Inverness, Dundee, and Stirling. Commissioned by the Scottish government initiated Six Cities Design Festival, a total of six 33-foot (10-meter) white and angry monkeys were placed, in various positions, on eminent locations smack in the center of each of these cities. Illustrated by Monika Aichele in Germany and built by Sportogo in California, each monkey held a banner containing one word of the sentence, the whole sentiment only completed for a viewer visiting all cities, or through the media.

The festival organizers wanted to communicate with the general public and avoid another design event made by designers, for designers. Their goal was to create pieces that would be reviewed in the general media (as opposed to the design press) and serve as an easy entryway into design. The program was a success, with the BBC and various newspapers featuring the monkeys prominently; even mass publications such as The Sun presented the lot of them, right behind their Page 3 girls (the monkeys were topless too). While people were having their pictures taken with the monkeys and kids were trying to climb them, my impression was that the maxim itself wound up a bit overpowered by the sheer massiveness of the animals.

Over the years I had become rather obsessed with white angry monkeys. I had first proposed one resembling a Mozart-like porcelain bust as packaging design for the Talking Heads' boxed set Once in a Lifetime (killed last minute), then as a signage system for an exhibit of contemporary art that was part of the cultural program for the Athens Olympics (killed again), and only when I tried for the third time, in Scotland, did the monkeys finally see the light of day. 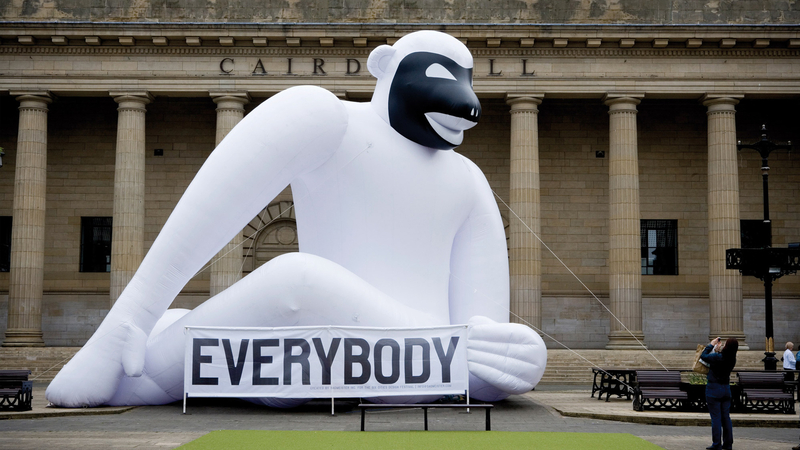 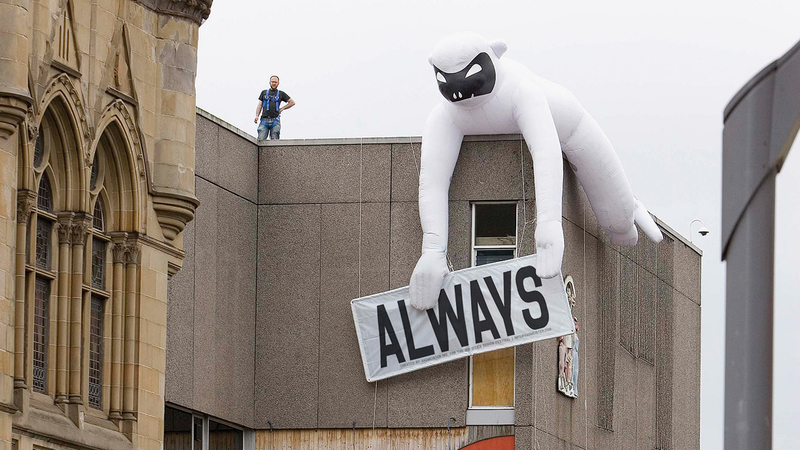 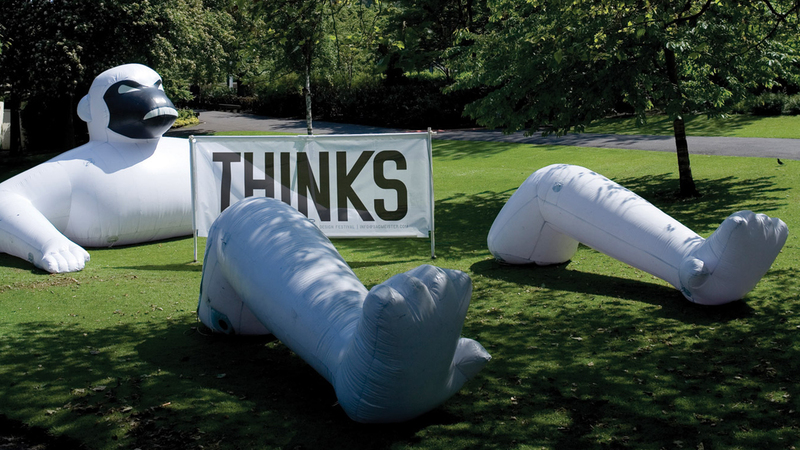 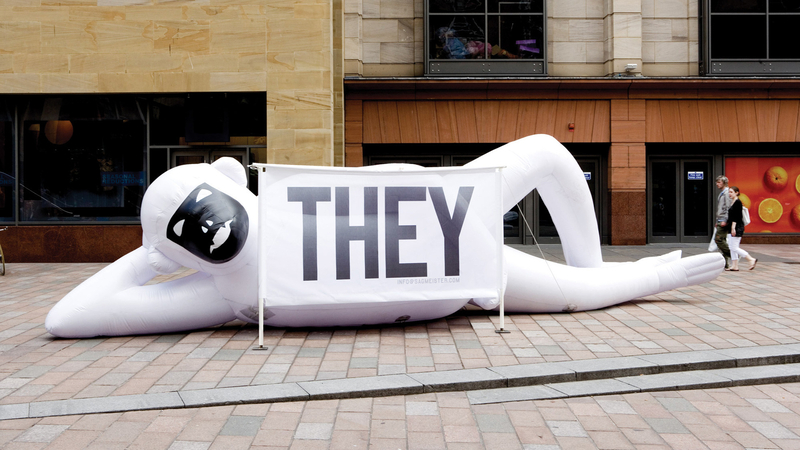 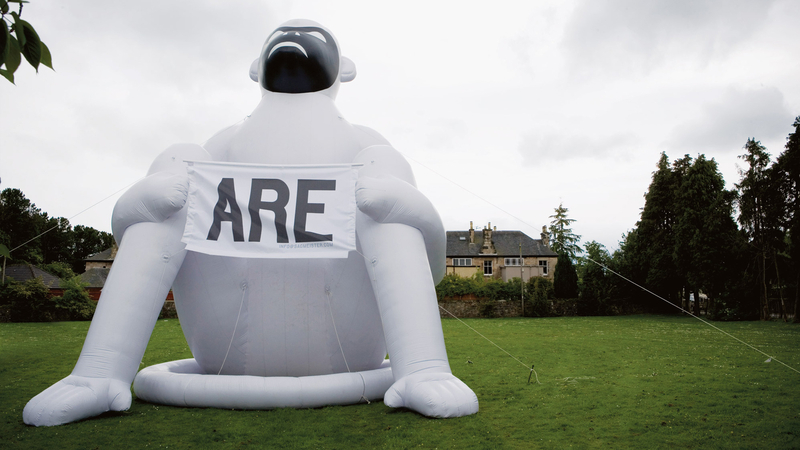 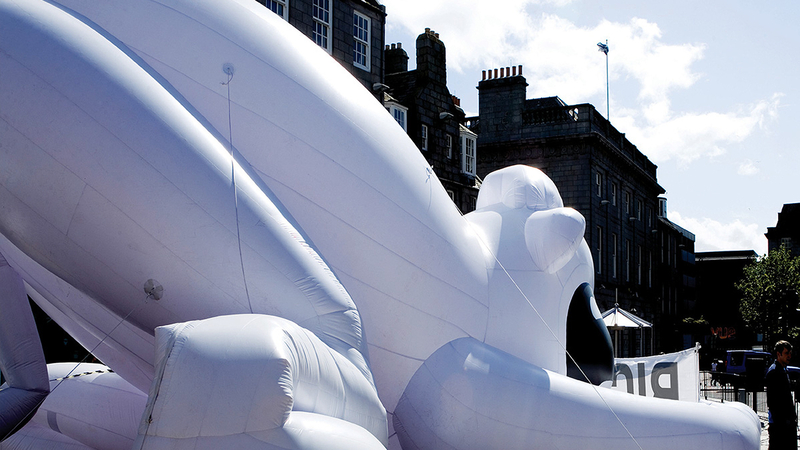 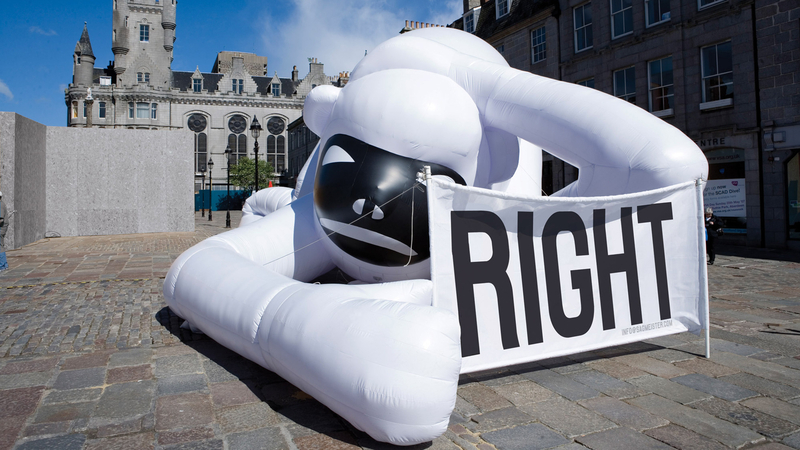