I rarely obsess about things in my private life. I fail to care about the right shade of green for the couch, the sexual details of an ex-lover or the correct temperature of the meeting room AC. I don't think I miss much.

However, I do obsess over our work and think that a number of our better projects came out of such an obsession. Doodling obsessively onto a poster depicting a headless chicken and an obsession with white angry monkeys that ultimately led to the giant inflatable animals all over Scotland are just two such examples.From Bernd and Hilda Becher's obsessive need to record every water tower to On Kawara's date paintings and James Turrell's Roden Crater, obsessions seem to be an important ingredient in the work of many of our favorite contemporary artists. Obsessions make my Life worse and my Work better. "Think dangerously, act safely" is a close relative - possibly its uncle - from mentor Tibor Kalman.

On September 13, 2008 Sagmeister Inc. began the installation of 250,000 Eurocents on Waagdragerhof Square in Amsterdam. Over the course of 8 days and with the help of more than 100 volunteers, the coins were sorted into 4 different shades, and carefully placed over this 300 sqm area, according to a master plan.

The coin mural spelled out the sentence “Obsessions make my life worse and my work better.” After completion the coins were left free and unguarded for the public to interact with. Less than 20 hours after the grand opening, a local resident noticed a person bagging the coins and taking them away. Protective of the design piece they had watched being created, they called the police. After stopping the ‘criminal’ the police–in an effort to ‘preserve the artwork’–swept up every remaining cent and carted them away. 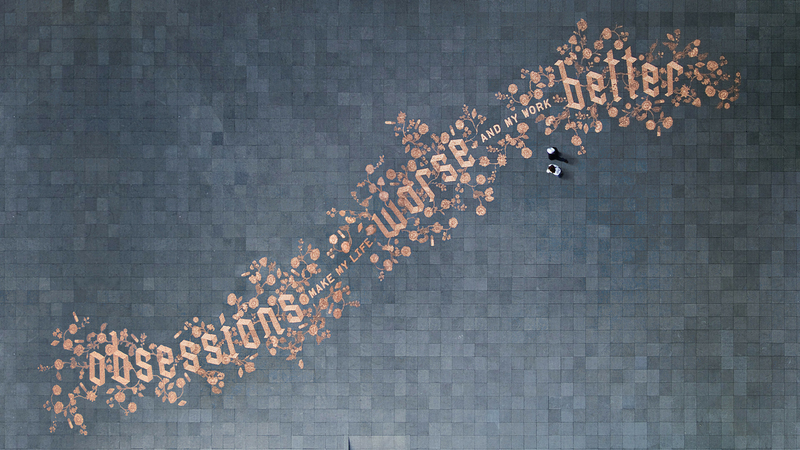 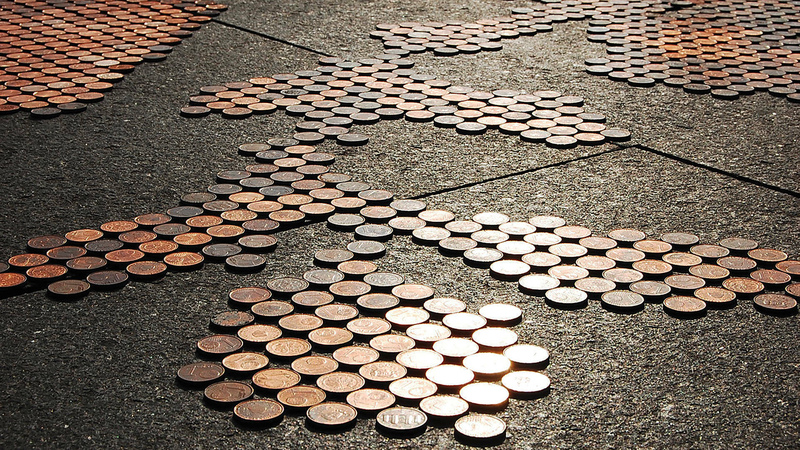 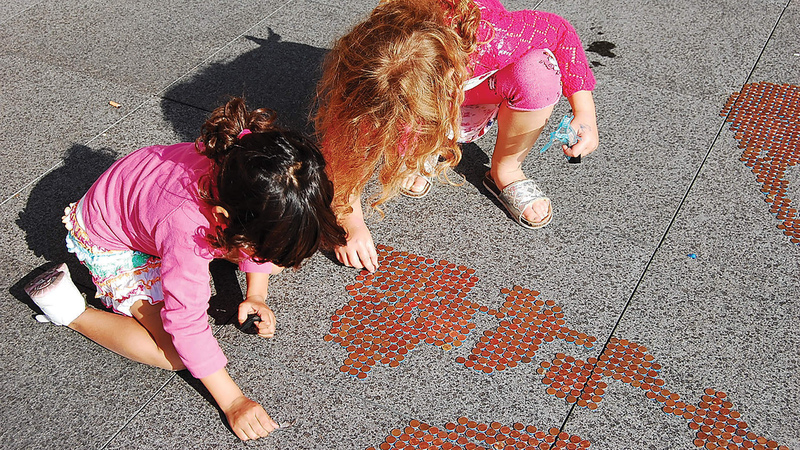